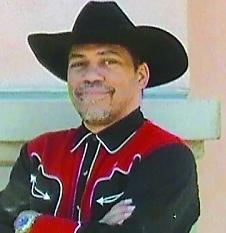 Can someone explain how toll lanes on 101 will get people to SFO and SJC without missing their flights?

101 is so bad here that it is no longer a reliable route to the airports and public transport is so bad that it is not a high speed alternative to getting someone to give you a ride. Will shuttles be able to use toll lanes?3hf

You go into an open house with an obvious, ideological point of view, ask a few slanted questions of the presenters. filter the responses through the blinders of your own viewpoint, and then write up a one-sided, condescending opinion piece for the local paper.

I think my favorite is your question about the cost comparison of getting to North Bayshore on transit vs. in your car. Please, tell me what magical fairy dust you've discovered that lets you operate your car 6 miles for a total of 25 cents - or about 4 cents a mile! Let's see... assuming even 50 miles to the gallon (pretty generous, given that the average CAFE standard for new vehicles in the US is about 30 mpg), that's 1/8th of a gallon of fuel, and with gas at $4 a gallon, that's about 50 cents. How again do you do it for 25 cents? And I'd especially like to know how you operate your car for no other cost than the price of gas (and apparently you get your gas for $2/gal while the rest of us suckers have to pay $4/gal). I guess you didn't pay anything to buy your car, you pay nothing for insurance, nothing for registration, nothing for maintenance. In Jim Neal's ideological fairyland, cars operate at 4 cents per mile (even though the IRS mileage expense rate for 2014 is 56 cents/mile), so transit is always the loser.

Thanks, Jim, for helping shed even more light on your ideology for prospective voters in Mountain View. It's very informative.


Report Objectionable Content
Email Town Square Moderator
3 people like this
Posted by Steve
a resident of another community
on Apr 14, 2014 at 3:17 pm

I skipped that party... but like most parties, once you know who the host is you'll know if you want to go. Any soiree hosted by a government agency is likely to be just for marketing and feelgood purposes. As if VTA could really give a **** about our differing viewpoints!

Report Objectionable Content
Email Town Square Moderator
3 people like this
Posted by Another OMV resident
a resident of Old Mountain View
on Apr 14, 2014 at 11:51 pm

Thanks for the personal report, Mr. Neal.

"We had no opportunity to speak out in a public forum setting."

VTA used a more standard format, with public Q&A, a few years ago when they presented a progress report about Light Rail, in MV's City Council chamber. (Incidentally, that presentation included several comparisons with other modern light-rail systems nationwide. In those comparisons, VTA always had the lowest ridership, as % of capacity, around 20-30%. When questioned about this by the audience, VTA's rep acknowledged it was due mainly to the system's geographical routes, but predicted that further evolution would improve usage.)

Also, some VTA employees, including at least one outspoken manager/advocate, live in Old Mtn View. It is impossible to rule out that such personnel wrote any sniping comments here on the subject, such as one already posted.

Margaret Abe-Koga wrote a Voice guest Opinion article (below) defending the BRT proposal from recent criticism. What came across strikingly in that piece was that she stressed potential benefits, and VTA's benevolent social engineering role ("planning so that we can meet the variety of competing needs that will arise," etc) -- yet not one word about BRT's screamingly-obvious downside, the elephant in the room: removal of traffic lanes on El Camino Real. It was the writing of a convinced BRT advocate, not an objective enquirer.

The actual history of social-engineering projects by people who see themselves as enlightened is a history of "unintended" yet utterly predictable bad consequences. From Prohibition a century ago, to San Francisco neighborhood parking starvation based on the theory that visitors will shun cars (instead, they drive more, cruising for scarce parking spaces). If lane reduction for an "enlightened" BRT scheme creates gridlock nightmare on ECR and nearby neighborhood streets, it will not have been unforseeable, nor forgiveable, nor easy to fix -- if VTA has its way, and makes physical changes to the peninsula's main street.

@OMV Resident - I must have really hit a nerve! Did I go into the meeting with pre-conceived notions? You bet! But only because I have been attending City Council Meetings and EPC meetings where these same issues are discussed, and I get first-hand information on what is going on at the meetings and from the VTA website! I was actually hoping that they would be able to say at least something that would change my mind, but unfortunately what they told me was actually worse than what I thought to begin with.

As far as you disputing my cost per gallon, it was a rough estimate on my part divided by two. You see I rarely go to the North Bayshore without my wife. For the two of us to go on public transportation is $16 round trip, so I divided that in half also to get the $8. But if you want to quibble, then let us say that you are correct and it costs my wife and I 50 cents by car and $16 by public transit.

Also, I see that you may not be familiar with any of my prior posts or I think you would have mentioned how proud you are of the fact that I have not even driven my car for the last 18 months. It is a personal choice that I have made for myself, but I do not intend to impose my choice on others. However, it has given me quite a keen insight into how public transportation functions (or doesn't) throughout the Peninsula and South Bay areas.

Lastly, if you truly want to know my ideology, instead of casting aspersions and making assumptions, come talk to me at any City Council meeting and introduce yourself. I love talking to people about what's on their minds and if you have any facts that the VTA failed to present I'm more than willing to hear them. If Council Meetings don't work for you, email me and I will be very happy to meet with you one on one. Weekends work best for me, and I can meet you anywhere that is close to downtown as I have a leg injury that will require 8 weeks of rehab so I can't walk quite as far as I used to right now. I look forward to meeting you.

Couples: Are you Committed to your Vows or Dysfunction?
By Chandrama Anderson | 1 comment | 2,467 views

Do peaceful protests do any good? How about the more violent ones?
By Diana Diamond | 8 comments | 1,593 views