Pastries in the park 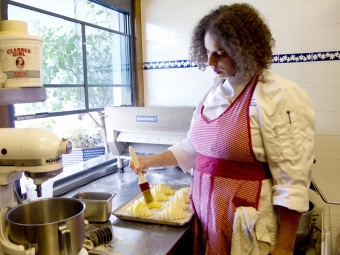 As I write this I am in a tiny village in France on vacation, the Croissants at the local Patisserie are terrible, cannot wait to get home to Mountain View to try out the croissants at the Lakeside Cafe!!

Kathy, who reads the Mountain View Voice while on vacation in France? Get disconnected. Get help.

@Kathy--you need to stay a little longer and find a better patisserie! Too funny
@ Ned, I agree!! Kathy needs to disconnect completely. I guess California is THE place to be.
@Lakeside Cafe, I am coming over soon to try your pastries. Can hardly wait!!

Report Objectionable Content
Email Town Square Moderator
3 people like this
Posted by Mark
a resident of another community
on Sep 17, 2011 at 12:42 am

The pastries here are the bomb diggity! The yummiest croissants this side of the Eiffel tower.

Please Apply So We Can Reject You!
By John Raftrey and Lori McCormick | 6 comments | 2,527 views