A New Shade of Green
by Sherry Listgarten
Doing more with the natural spaces we have
Jan 29, 2023 | 3 comments

"Looking where to land"
Pelican at Shoreline Submitted by Eduardo Miranda on Jul 15, 2012

Mountain View are asking for help in identifying a man accused of groping a woman in the 1900 block of California Street on Jan. 20. Monday, 4:25 PM

A pot of $545 million destined for new projects in the Bay Area may soon be released from escrow after litigation over a 2018 ballot measure on bridge toll increases finally comes to an end. Monday, 4:03 PM

Four people vying for the Mountain View City Council's vacant seat gave stances on everything from housing and rent control to transportation and livability at a forum held by community groups on Jan. 27. A fifth applicant dropped out. Monday, 1:51 PM | 2 comments 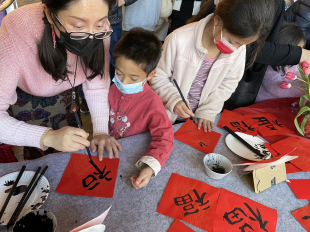 Mountain View police closed down the Rengstorff Avenue entrance to Highway 101 and are searching for three armed men following a jewelry store robbery on Friday, Jan. 27. The men fired at a witness who attempted to follow them. Monday, 1:32 PM

Expert tips: Grow veggies like the ones at Filoli estate

You don't need a luxurious historic estate with acres of land to grow an abundance of colorful vegetables: Just follow these tips from horticulturists at the Filoli estate and you'll have a bountiful backyard harvest year-round. Sunday, 8:59 AM

With its new home at Children's Health Council in Palo Alto, the Schwab Learning Center's reach is now expanding beyond Stanford to the wider community. Saturday, 9:41 AM | 2 comments

Coastal farmworkers eke out a living amid hardship

Shootings, wildfires, the pandemic and other challenges have tested the Coastside's isolated communities, but many of its farmers aren't going anywhere. Thursday, 2:53 PM

The Crestview, a housing project in Mountain View that will convert a hotel into 48 affordable units for extremely low income individuals and families, will begin construction this spring and is slated to be completed by winter. Friday, 12:55 PM | 2 comments

The Mountain View Los Altos Union High School District's board has paved the way to add an ethnic studies class for all incoming ninth graders this fall by updating its graduation requirements to include the course. Friday, 1:48 PM

In the lawsuit filed Tuesday, the DOJ alleges that Google "has corrupted legitimate competition in the ad tech industry" through anticompetitive practices. Thursday, 11:40 AM | 3 comments

The 66-year-old man accused of gunning down seven people and critically injuring one other at two mushroom farms earlier this week made his initial court appearance Wednesday. Wednesday, 5:14 PM