A nut a day keeps the doctor away 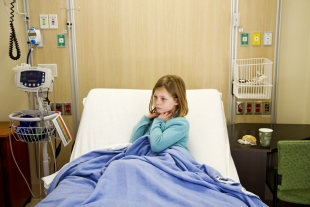 Audrey, 7, scratches her throat during a food allergy clinical session at El Camino Hospital, on Jan. 30, 2015. Photo by Michelle Le

Tessa and Audry, thank you for sharing your story with us. It must be very difficult at times so hang in there and keep up the great work!

Thank you for this excellent article. We are lucky to have this groundbreaking research happening in our backyard.

'Are they ready for fully innovative Indian food?' Ettan arrives in Palo Alto with chaat, caviar and a secret menu
By Elena Kadvany | 0 comments | 3,718 views

Flying: How to lower your impact
By Sherry Listgarten | 14 comments | 2,647 views