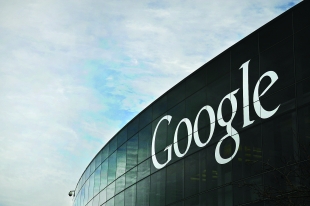 Several thank-you's are in order:

- Thank you to Mark Noack and the Voice for this informative updated version of the earlier article.

- Thank you to our City Council for finally standing up to Google and considering the people of Mountain View.

- And in particular, thank you to Margaret Abe-Koge for noticing that while the Google-driven population explosion in our city has inflicted endless pain on the people and local businesses of Mountain View, the city gets little if anything in return.

"Abe-Koga pointed out that tech offices contribute little in the way of ongoing revenues for city government. The one surefire revenue source they do produce is property taxes, she said.

"Why would we give them that?" Abe-Koga said. "If they want that back as a rebate, then there's no point in us allowing any office development.""

23 people like this
Posted by Details matter
a resident of Another Mountain View Neighborhood
on Oct 5, 2017 at 3:53 pm

Wow! Thank you for this updated story. The details definitely matter, because cleary Google was/is(?) trying to hose the city and it's residents.

Google is a multi-billion dollar corporation that reporedly keeps over 52 billion dollars of it's over 83 billion dollars in profit offshore - and now it wants the city/taxpayers to subsidize it's affordable income units because they can't afford it?


Report Objectionable Content
Email Town Square Moderator
23 people like this
Posted by Leopards and their spots
a resident of Cuesta Park
on Oct 5, 2017 at 9:38 pm

I just read the letter Google sent to the city, including the suggested revisions to the North Bayshore precise plan, and was dumbfounded! That takes a big set of cajones to basically suggest that the city:

a) fund the affordable housing units via tax subsidies/abatements

Holy smokes, in what world does Google think this would be okay? I suppose in their world it's great, but this is STILL the city of Mountain View, and and as far as I know the city has not relinquished all control of North Bayshore to Google, yet.

Please, do yourselves a favor and read the initial letter Google sent the city. It is eye popping! That letter may be a bigger wake up call than Van Belleghem's blunt comments to council.

@"Leopards" - Thanks so much for the link!

Google should apologize for this document too, and fire Joe Van Belleghem immediately, as a gesture of future good faith.

Report Objectionable Content
Email Town Square Moderator
3 people like this
Posted by The Business Man
a resident of Another Mountain View Neighborhood
on Oct 5, 2017 at 11:14 pm

The Business Man is a registered user.

“In response to It's new so I'm afraid:

I just wonder what Google is saying in secret to the City, if that is what they say in public, I can only imagine the threats being made to the City in private?"

Then the response was:

"Precisely. Its only between your ears, what you have imagined. The problem is you take that and run with it.

I think I imagine something different than you but I'm not here to throw shade on what ever you want to dream up at home. It'll all work out, you'll see. My undies are not yet bunched on this one."

HOWEVER, NOW THIS LETTER ESTABLISHES THERE IS PROOF OF MY SUSPICION WAS WELL FOUNDED

Why do people not surprise me when I figure out something before it is disclosed?

Why do people not ask the questions I ask?

Flying: How much is enough? It's personal.
By Sherry Listgarten | 8 comments | 1,993 views