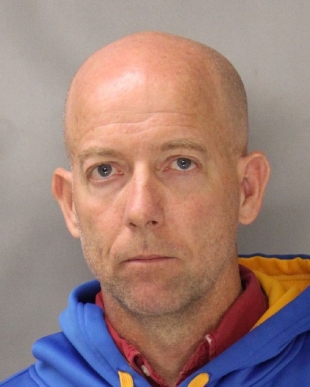 Information about our policy on naming those arrested is here: https://www.embarcaderomediagroup.com/policy/arrest

So much for the policy of not naming arrested suspects. How long did it last? 2-3 weeks? Longer?

7 people like this
Posted by celestials
a resident of Another Mountain View Neighborhood
on Nov 7, 2017 at 2:18 pm

celestials is a registered user.

MH is a registered user.


If you read the article where they explain they won't name arrested suspects, they give exceptions:

The policy cites four exceptions in which the name of an arrested person will be named in a news story:

• The arrestee is a prominent person in the community, a public safety employee or a school employee.

Report Objectionable Content
Email Town Square Moderator
15 people like this
Posted by MyOpinion
a resident of Sylvan Park
on Nov 7, 2017 at 7:30 pm

MyOpinion is a registered user.


One count of suspicion? Guilty until proven innocent?

Report Objectionable Content
Email Town Square Moderator
47 people like this
Posted by Parent
a resident of Jackson Park
on Nov 7, 2017 at 10:28 pm

Parent is a registered user.


I am disappointed in the comments so far.

Dear Student Who Reported This Teacher,

Thank you for being brave. You have maybe prevented more kids from this kind of treatment. Keep sticking up for yourself!

love,
A Parent of other students

Report Objectionable Content
Email Town Square Moderator
15 people like this
Posted by Disgusted
a resident of another community
on Nov 9, 2017 at 2:52 pm

Disgusted is a registered user.


I too applaud the student who reported this appalling and disgraceful conduct. That "teacher" should be named and shamed. I don't understand why this person is on paid leave. He should be fired immediately. He should probably be under arrest. We trust teachers with our children and when they are discovered to be be a danger to our children, they need to be removed.