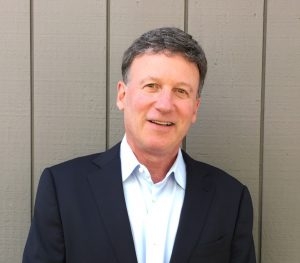 Bruce Isackson, president of commercial real estate firm WP Investments in Woodside, is among the parents indicted by the United States Attorney's Office on March 12 for conspiracy to commit mail and wire fraud in connection with a college-admissions scheme. Photo courtesy WP Investments.

Good that cheaters got caught. My kid worked hard to get into college, too bad some kids got there because of the rich parents. On a side note: sportsmen getting a degree in something other than sports is ridiculous. Do you really want your doctor/lawyer/engineer to be the one who went to college because of the good physical shape?

16 people like this
Posted by Like Bullis
a resident of Another Mountain View Neighborhood
on Mar 13, 2019 at 11:46 am

The rich parents can buy they're kids way in. It's all in the admissions process or backroom exceptions when some wealthy parent starts dropping donations.

Sarah1000 is a registered user.


Both of my children went to De Anza while working and, then, applied to degree programs of their choice on their own. If independence is a goal, it’s a great option.

Report Objectionable Content
Email Town Square Moderator
Like this comment
Posted by Now we know the first question for a yale grad
a resident of Rex Manor
on Mar 13, 2019 at 5:35 pm

How much money did your parents pay to get in?

Report Objectionable Content
Email Town Square Moderator
4 people like this
Posted by confused
a resident of Cuernavaca
on Mar 13, 2019 at 7:43 pm

Parents have been paying for their kids to get into college since the beginning of time. Legacies and kids of donors have always had an advantage. That's why many parents continue to donate to their alma mater for years on end. What I don't understand is why anybody would bribe somebody (up to $6.5M?) to get their kid in when they could probably just donate to the college in exchange for admission?

Report Objectionable Content
Email Town Square Moderator
5 people like this
Posted by Steven Nelson
a resident of Cuesta Park
on Mar 13, 2019 at 7:45 pm


Thank you Sarah1000! I think it is entirely ... I'm at a loss for respectful words ... for a school district trustee to say that "elite 4 year colleges" are the goal for our local districts. Sarah's kids and many going to 2 yr community colleges and 4 yr state colleges (hopefully not needing remedial education in English or Math) can do really fine in life.

One of the former Principals of Stevenson (MVWSD) is an example. He went to Chico State (by his choice, not his parents) just because he loved playing baseball and was very good at it. Afterwards - a teaching degree and afterwards Harvard Education School. So, he is off to a fine professional career - improving the world for kids (future adults and likely parents) and making a very reasonable MARK on The WORLD.

Report Objectionable Content
Email Town Square Moderator
4 people like this
Posted by Sarah1000
a resident of another community
on Mar 14, 2019 at 8:08 am

Sarah1000 is a registered user.


@Steven Nelson My husband and I were both born and raised in Phoenix and were “on our own” at 18. Fortunately, in-state tuition for the three public Arizona universities is affordable, the admissions process is simple and the acceptance rates are high. We got our undergraduate degrees at U of A and our graduate degrees at ASU. My husband eventually became a CEO and now is a CEO coach as well as COB for some companies. There is a comedian who points out that all the information is the same whether you learn it at a community college or an elite university. So true, right?

Flying: How much is enough? It's personal.
By Sherry Listgarten | 7 comments | 1,619 views