Scientists and stars align at Moffett Field for Breakthrough Prize 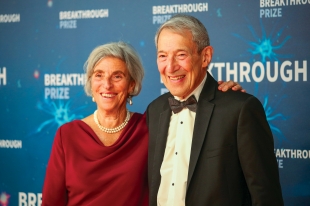 Miriam Freedman and Daniel Z. Freedman, a Stanford University visiting professor, pose for a photo at the 2019 Breakthrough Prize ceremony at Hanger One in Mountain View on Sunday, Nov. 3. Photo by Sammy Dallal

Flying: How much is enough? It's personal.
By Sherry Listgarten | 5 comments | 1,333 views