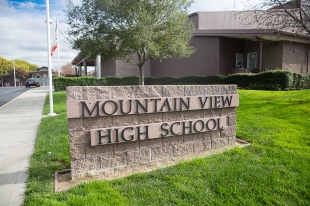 Mountain View's local high schools were hit with a cyber attack Thursday, taking down phones and preventing students and teachers from accessing emails and server files. Photo by Michelle Le

Does anyone know if this will impact colleges' access to transcripts for their applications?

Flying: How much is enough? It's personal.
By Sherry Listgarten | 9 comments | 2,168 views