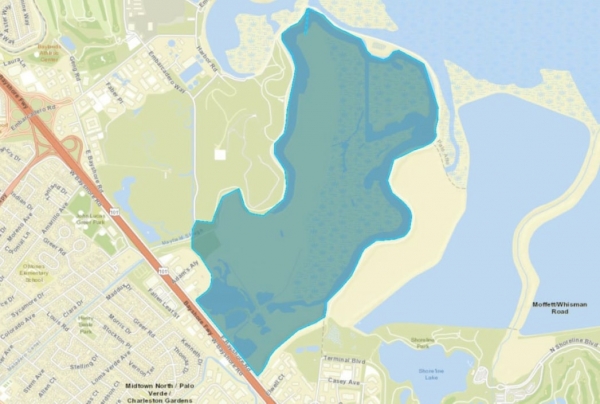 The Santa Clara County Vector Control District will treat an area of the Palo Alto Flood Basin for winter salt marsh mosquitoes on Feb. 12. The treatment area is roughly bordered by Adobe Creek to the north, Adobe Creek Loop Trail to the east, East Bayshore Road to the south and Mayfield Slough to the west. Image courtesy Santa Clara County Vector Control District.

3 people like this
Posted by Bye-bye Biden
a resident of Another Mountain View Neighborhood
on Feb 11, 2020 at 10:00 am

1 person likes this
Posted by Bye-bye Biden
a resident of Another Mountain View Neighborhood
on Feb 11, 2020 at 12:30 pm

Flying: How to lower your impact
By Sherry Listgarten | 19 comments | 3,284 views

My angst about the disaster of these two debates
By Diana Diamond | 29 comments | 1,668 views

Local Journalism.
What is it worth to you?
Join